Drama or Depression: What Exactly Is Your Teen Feeling?

One thing that parents know all too well about teens is that they have mood swings and raging hormones. For sure, you’ve seen your child lash out on their younger sibling when the latter went through the former’s stuff. Perhaps you found your teen crying in their room and then shouting at you to leave the minute you asked what’s wrong.

These emotional outbursts are typical, but they can also be dangerous. Too often, parents are unaware that such mood swings indicate that there’s a bigger problem: depression. They often mistake this mental health problem as mere teenage drama. Left with little to no help, teens fall further into the downward spiral, with some resorting to self-harm or suicide.

While emotional upticks are normal in adolescence, it’s still important to be on your guard for any mental health issues. You should be able to know the difference between the two.

Most of the symptoms of depression can be part of normal lows of life. Your teen, for instance, might feel helpless or hopeless. They feel like nothing’s okay and that everything’s wrong. They might also exhibit anger or irritability. Their temper is so short that even the smallest of things can set them off.

Fatigue is a hallmark symptom of depression. Teens feel extremely drained. Even getting out of bed is a struggle. What makes these symptoms of depression is their severity. The more apparent they are, the more likely that they’re pointing to a significant health issue. Because this is a disorder, you can’t simply tell your teen to quit on the crying spells or get up from bed, work out, or go to parties to “shake off” the negative feels. They need medical treatment and psychotherapy to manage what they’re going through. Gleaning from Broomfield psychologists, family counseling can also help.

Aside from the intensity of the symptoms, the duration is also crucial in determining if your teen is indeed suffering from depression and not just normal mood swings. If the symptoms last for two weeks or longer, this indicates a mental health problem. So be observant. When did the loss of appetite start? How long have they been struggling to get out of bed? This can be your jump-off point in encouraging them to get treatment. You can tell them, “I noticed that you haven’t been eating dinner. Is there anything I can do to help?” Because you’re pointing out what you observe rather than telling them what’s wrong, they won’t feel judged.

If the change in behavior affects not just one aspect of their life, it isn’t just teenage drama. So ask their friends, classmates, teachers if they see differences in your teen’s actions. Do this when your teen isn’t opening up to you. From there, sit down with them and bring up what you’ve gathered from their social circles. Now, they can interpret this as snooping, but tell them that you’re only concerned about them. Hopefully, this can help them talk to you.

You might be mistaking your teen’s depression as mood swings. Don’t ignore these emotional outbursts. They can be one step away from harming themselves, so save them. 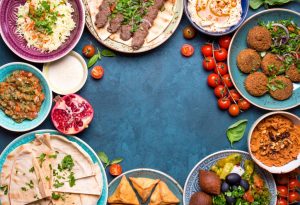 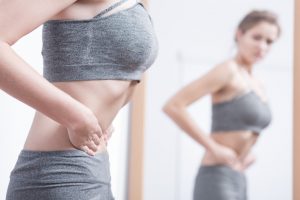