As soon as boys become young men, society, especially their fellow males, starts expecting them to engage in rough and unhealthy activities. They have to last in heavy drinking sessions and eat more than what they need, or else, they’re not being manly enough. If they actually take care of themselves by going to the gym or turning down alcohol, they’d be mocked and shamed.

While modern society is now encouraging males to start a proper self-care routine, the ones that hold on to toxic masculinity standards are still prevalent. As such, many young boys fall into bad habits for the sake of fitting into the “norm”, not knowing that it’s actually destroying their manhood instead of boosting it.

The truth is, some activities such as heavy drinking, overworking, and eating junk food reduce testosterone, a male hormone that’s responsible for hair growth, sperm production, bone and muscle health, and sex drive. With low testosterone, a.k.a. “Low T“, males will feel less energetic and may be at risk for depression.

Below are the so-called manly activities that actually deplete testosterone levels.

Heavy drinking is problematic regardless if it affects testosterone levels. It’s harmful to both men and women, and if you didn’t know yet, women also have testosterone. If theirs decrease to an abnormal level, they’d also face some health risks including brittle bones.

One study has found that men who drink a pint of whiskey per day for 30 days have had a significant drop in testosterone levels. The depletion began by the third day of drinking, and on the 30th day, it has dropped to similar levels to that of an alcoholic.

Men’s fertility will also hang in the balance if they often drink heavily. Since testosterone plays a role in sperm production, Low T can negatively affect men’s semen volume and sperm morphology. In addition, drinking heavily before fertilization may also put their future baby at risk for birth defects.

Heavy drinking has such bad effects on testosterone levels because alcohol intake disrupts three glands in the body: the hypothalamus, anterior pituitary gland, and testes. All three glands are needed for the production of testosterone. Moderate drinking won’t interfere with those glands as much, so men and women should try cutting down their alcohol intake and achieve moderation at most.

Men naturally lose testosterone as they age, but obesity and skipping exercise accelerate that process. For comparison, ten years of aging should only drop testosterone levels by 36%, not 75%. Waist circumference was the strongest indicator of developing symptoms of Low T.

If a man with Low T decides to go on a healthier diet, they should note that soy products, a popular diet food, can also reduce testosterone levels. However, the study suggesting the effects of soy products on hormones was focused on women, so as of now, there is no solid evidence that men should limit or avoid soy.

As for skipping a workout, it can contribute to Low T because underdeveloped muscle bulk is one of its symptoms. As the muscle mass further decreases, men may also start developing bigger breasts and stop growing facial hair. Lifting weights and high-intensity interval training (HIIT), on the other hand, can increase testosterone levels naturally.

The “hustle” mentality has been plaguing many men and women for years. Society has become obsessed with productivity that they forgot the importance of taking a break. Overworking causes fatigue, which lowers testosterone levels and concentration.

When a man already suffers from Low T, his fatigue will be triggered faster, causing a disrupted concentration if he insists on working harder. Some studies also suggest that Low T is linked with depression. Such is possible because when the body is under stress, it produces a stress hormone called cortisol. Cortisol impedes the production of testosterone, causing symptoms of Low T.

Therefore, instead of overworking, men and women alike should manage their time wisely and create allowances for leisure. Fitness experts advise trying out yoga since it has strength-building and relaxation benefits.

Men aren’t hopeless cases when they start losing testosterone. They can try lifestyle changes to replenish it, such as exercising, eating lots of protein, healthy fat, and carbs, as well as reducing stress, to name a few. But extreme cases may need medical attention.

Testosterone replacement treatment or therapy is an option for men who also have other health conditions affecting their testosterone levels. If you suspect that this is your best solution to Low T, consult a professional, and start making lifestyle changes as well to boost the therapy’s effect.

Testosterone plays an important role in a man’s overall development and health. It pays to take care of the body and act as soon as you notice any hormone deficiency or problem. 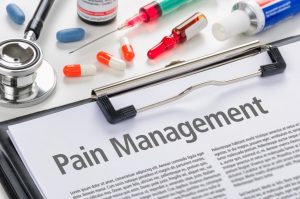 Chronic Diseases: Understanding and Coping with Them

Blackhead Removers: Best Ways to Get Rid of Those Unsightly Spots 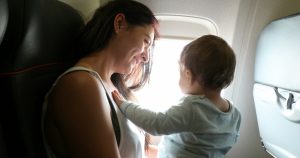 How to Make Your Baby’s First Travel Abroad Safer

Pre-sleeping Habits That Will De-stress You Before Bed