The Significant Dangers of the Influencer Mindset

Social media is prevalent in every aspect of human life. People use it to connect. We use it to shop. Most use it during commutes and travels. Some use it to view things beyond the veil of privacy. All use it to present themselves. Each person has an average of 8.5 social media accounts that they manage. This year has not been kind to most of us, especially to those families greatly affected by the pandemic. People turned to social media to connect with other people.

It’s not all sunshine and daisies, however. Studies have shown that too much social media can turn into an addiction. Like other addictions, it is almost all negatives — bearing fruits like low self-esteem, anxiety, and other mental disorders. The idea of the self is questioned and challenged. Validity from your followers became the goal.

Instagram has been central to the social media craze. Although a baby brother to Facebook, it has 140 million users in the United States alone compared to Facebook’s 190 million U.S. users. A lot of people try hard to become social media influencers in their own right. This trend has spawned multiple mental health problems for an alarming number of users.

In 2012, it was suggested that more than 50% of the people experience overall unhappiness with the system of social media. Anxiety is greatly driven by minute actions like waiting for a response or eliciting positive feedback from your peers. Online personalities like Pewdiepie and Emily Schuman each took long breaks from social media after feeling very tired and anxious from their work to please their audience. Even minor social media influencers such as Sam Goldbach claimed to struggle from anxiety caused by social media. Detractors and overzealous fans remained faceless on the internet as the personalities continued to try their best to keep their base entertained.

Eating disorders were also prevalent for Instagram models and celebrities. Comparisons are easy to do over the mobile phone, and a lot of celebrities fell victim to such evaluations. Jodie-Leigh Neil, who had to undergo treatment at an anorexia nervosa clinic, recalls Instagram driving her eating disorder to nearly fatal levels. The Royal College of Psychiatrists considers alarming the number of people succumbing to the disorder. Unsurprisingly, these new rates of increase are coming from social media users who have high usage rates of social platforms.

Body dysmorphia, or the persistent preoccupation of perceived flaws in one’s appearance, is also very common with social media users. They themselves can’t help but compare their image with perceived better persons, in looks and status. Living through another person’s experiences through social media can not only lead to depression but is also unproductive use of people’s time. It takes the motivations out and promotes low self-esteem.

In 2017, Molly Russell committed suicide after looking at Instagram posts relating to depression and suicide. Only being 12 years old, Libby was exposed to self-harm images in social media and became desensitized to the thoughts of committing self-harm. There was even a drive over Facebook and Instagram to actively remove content that may indicate self-harm because of these events. Unfortunately, it was a little too late.

A study published in 2014 indicated that social network sites or SNS suggest that prolonged use of these platforms is related to depression. Usage of such platforms is linked to increased feelings of loneliness. The more you use social media, the greater the chance you feel depressed. It becomes even more alarming now that most kids have access to uncontrolled media on the internet.

Adding all these factors, it is clear that social media became the opposite of what it originally aims to be. It became that thing that separates us from each other. Everyone should be aware and be forewarned of the dangers it still keeps on producing each day. Instead of being the center where you can safely express your opinions and thoughts to your peers, it became a cesspool of echo chambers and validation-seeking people. These people seeking validation do all that they can in their power to attract more people to follow and like them. Self-perception becomes twisted, and the identity is ultimately lost.

We are not yet culturally rewired for this phenomenon. As pressure mounts for more control over its content and the overall issues with privacy, we must all still be wary and careful with the use of social media. We ought to be reminded that social media is not the measure of our worth as human beings. People’s perceptions are temporary, while your true human value stays with you forever.

Essential Reasons You Should Find Your Family an Official Dentist

5 Common Signs You are Under Chronic Fatigue 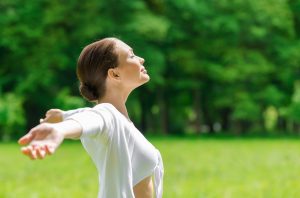